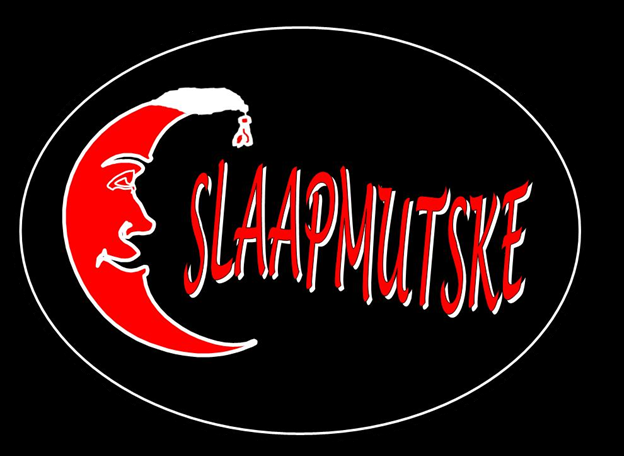 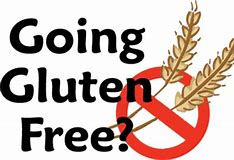 Check out our glutenfree beers!

Marleen Vercaigne : 50 year old beerlover from Ronse (East-Flanders, Belgium) was ‘infected’ by the beermicrobe through me, and helped me doing the homebrews since 1992. 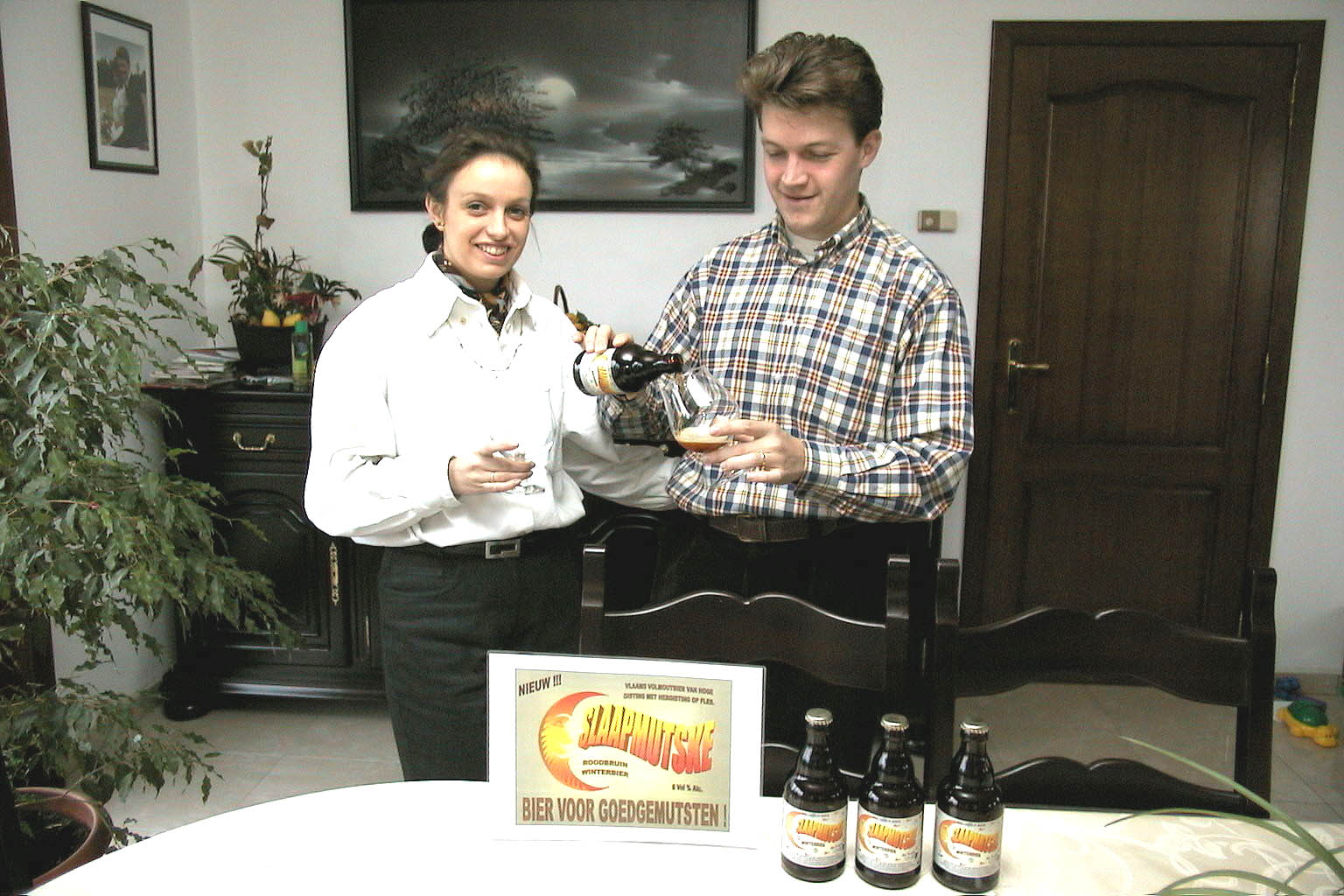 About the birth of ‘Slaapmutske’:

Since 1992 a lot of different homebrews were made ‘in the kitchen’ in very small amounts (approx 50 litres/brew).  This was done by Dany and Marleen, together with Patrick Scheirlinck, an old collegue of Dany, who is actually still working as brewing master at the Huyghe brewery. 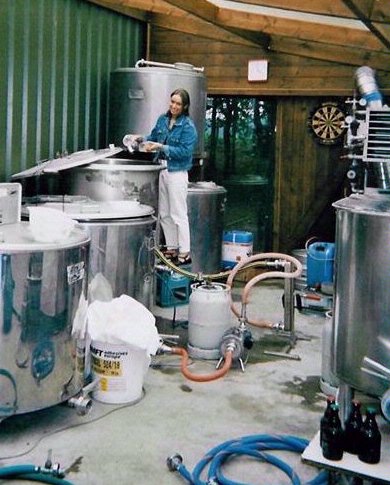 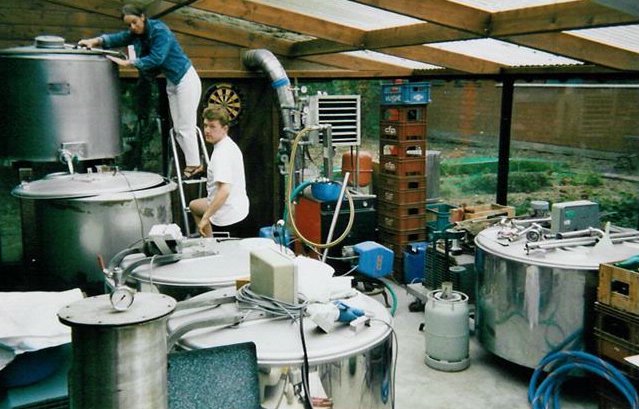 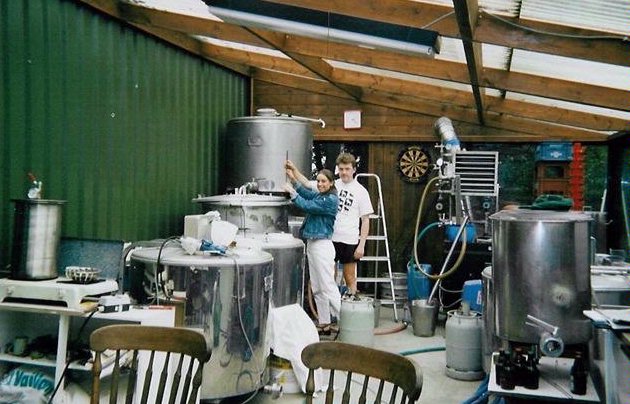 In November 1999 our son Jonas was born and to celebrate this event a special beer was brewed: Jonasbeer. It was a brown-red spicy beer with 9 Vol% of Alc. that was very much appreciated by the visitors in the hospital (visiting little Jonas…).

After a pregnancy of some months out of the original Jonasbeer a browned, full malted top fermentation beer with a spicy aftertaste was born, but we didn’t had a name!!! 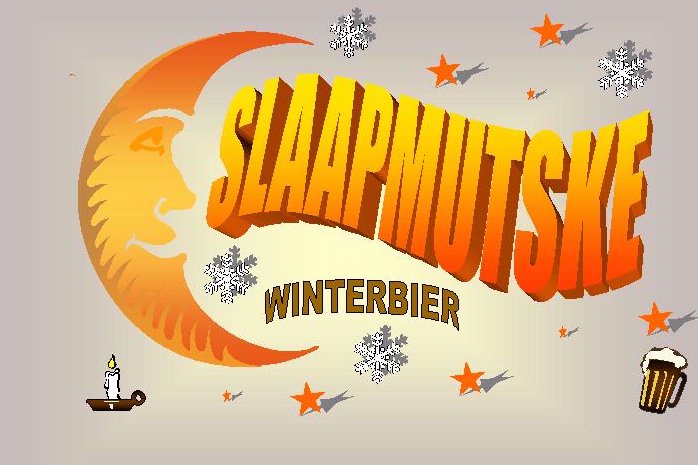 While we were brainstorming for an name, it happend that little Jonas was crying and then we always dipped his sooter into a little bit of the nameless beer and gave it to him. As by miracle Jonas stopped crying, was happy and fell into sleep... One moment Marleen smiled and said : this beer is a real ‘Slaapmutske’ (which literally means ‘sleeping hat’, but also is used for ‘the last beer that is drunk before going to sleep’)! At that moment we looked at eachother and both knew for sure: ‘Slaapmutske’ had to be the name of our newborn brewing child ! And because it was winter at the time the extinction 'winterbeer' was added so the official name became: 'Slaapmutske Winterbeer'.

Slaapmutske winterbeer  is released on the (local) Belgian market in 2000 and is a success. To be able to follow the growing demand on the market we decided to work together with the Proefbrewery in Lochristi (East-Flanders, Belgium) to brew the beer under license over there. That way we can make 1400 litres each time. Above this, the use of the modern brewing installation in combiation with an intensive quality control give the additional advantage that the perfect quality of the beer is always guaranteed! 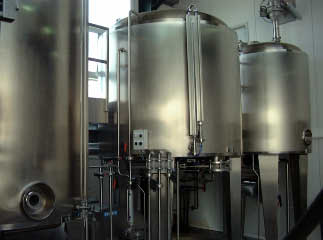 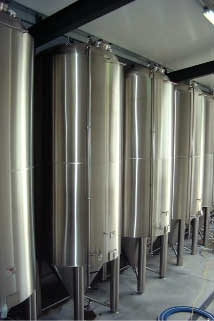 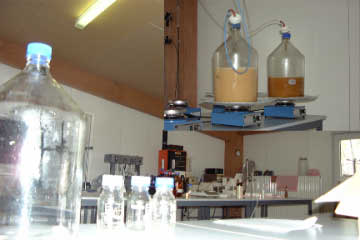 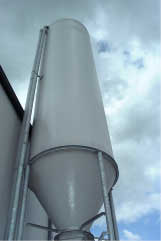 In March 2001 we brew a blond beer as well : Slaapmutske Blond. It is a full-malt beer made with malts from barley and wheat with a specific, spicy ‘nose’. This is due to the use of very fine American, aromatic hop varieties and due to a supplementary dry-hopping! For the first time we filled the beer in both bottles and barrels ...

Beginning of 2002 the Slaapmutske-trilogy is finished with a golden-colored triple beer : Slaapmutske tripel. Again very aromatic hop varieties are used to get a beer with lots of character and a spicy taste! From the summer of 2002 all Slaapmutskes are permanently available in barrels and in bottles. Cheers! 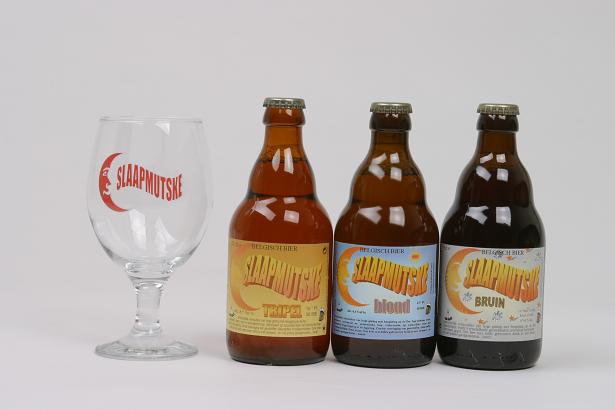 In May 2004 the first Slaapmutskes are available in The Netherlands and in August 2004 Slaapmutske is sold for the first time in South-Africa.

In December 2005 Slaapmutske starts selling in Denmark and the USA, where Slaapmutske Triple Nightcap is launched.

From March 2006 Slaapmutske is available in Italy and from April 2006 also in Spain.

In 2007 Spain will become the first country (except from Belgium) where Slaapmutske is available on draught.

In january 2009 Slaapmutske BIO-Tripel is launched. This organic beer is sold in specialised shops and also in France. 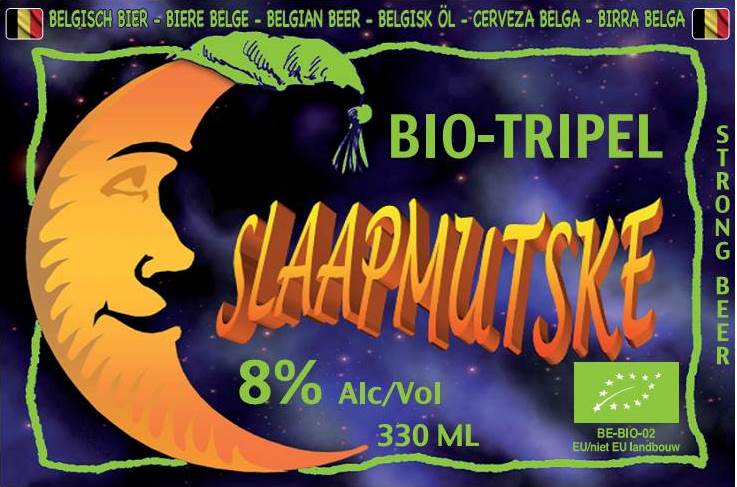 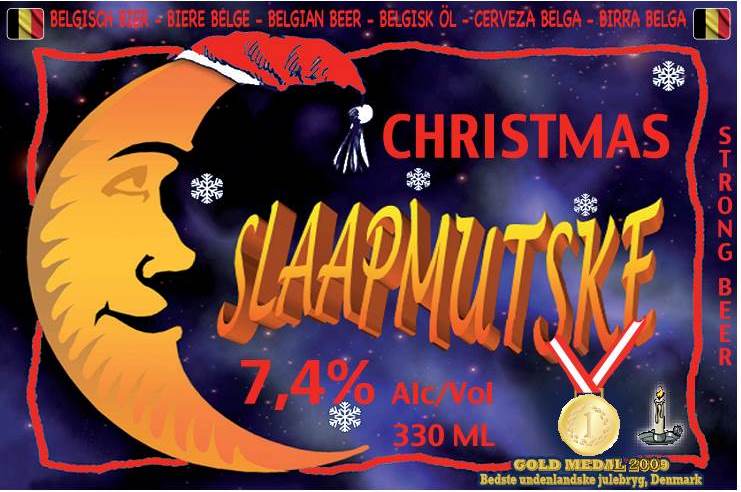 In June 2009 the first Slaapmutskes are shipped to Japan!

In the winter of 2009 Slaapmutske Christmas gets a Gold Medal as Best International Christmas- and Winterbeer in Denmark!

In july 2010 an official importer for the Slaapmutske-beer in Sweden is found and at the same time also the export on a regular base to Italy is started.

In march 2012 the first Slaapmutske-beers are imported in Poland!

In april 2012 Slaapmutske participates an official Swedish tender by the Government organisation Systembolaget, and...wins! In the summer of 2012 Slaapmutske Summerbeer is distibuted and sold all over Sweden!

In october of 2012 the first Slaapmutske beers are shipped to the Phillipines!

End of 2012 Slaapmutske Bio Tripel gets the official USDA approval as 'organic beer' and is shipped for the first times to USA!

In june 2013 Slaapmutske Witbier is brewed for the first time.

Also in september 2013 the first Slaapmutske-beers are shipped to Australia!

In march 2014 the first Slaapmutskes are exported to Estonia.

In december 2014 the first Slaapmutske beers are shipped to South-Korea!

Is a design from ourselves : ‘a smiling moon’.The moon refers to the original en literal roots of the beername : ‘sleeping hat’ and she is smiling because when you drink the last one of the evening, the atmosphere can be expected to be very pleasant… The slogan of the beer is : ‘Beer for the good-tempered people’ (in dutch good-tempered is translated as ‘goodhadded’). Cheers !

The original label is face-lifted a first time at the end of 2005 and the beginning of 2006, when the moon starts wearing a real ... nightcap!. Shortly after the moon with the nightcap is also present on the glasses... 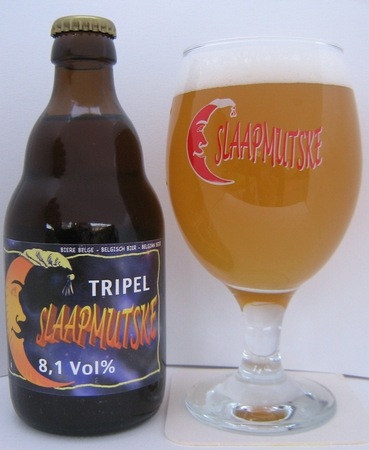 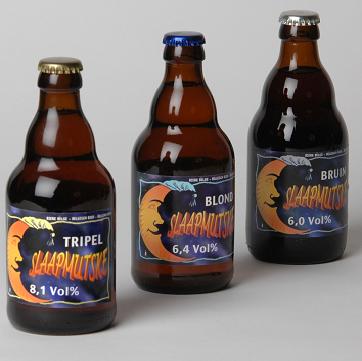 In 2013 the labels are standardized further and the Belgian flag is added, to emphasize the origin and tradition of our beers.